The International Carnival and Mask Museum

The site occupied by the International Carnival and Mask Museum corresponds to what was formely the Count of Lalaing’s Ostel, knight of the Order of the Golden Fleece during the reign of Mary of Hungary. These Ostel du Lalaing was acquired by an inhabitant of Binche, Master Jacques Dusquene, canon at Cambrai Cathedral, in order to found a lower secondary school in 1570.

In 1727 the institution was intrusted to the Augustinians, a religious community with a focus on education. Over decades they worked on reorganizing the school and renovating the buildings.

This building was a school until the town of Binche decided to give this fine architectural complex a new function and turned it into the International Carnival and Mask Museum. The museum opened its doors to the public in June, 1975

The Town Hall and its belfry

No-one is certain when the town hall was built. It seems to be situated on the spot of the first « loge delle ville » - the place where the local « magistrats » met -, recorded for the first time in the 13th century.

In 1554, after the town was sacked by Henry II, the building was redesigned by the famous architect from Mons, Jacques Dubroeucq. In the 18th century, the architect L.B. Dewez was responsible for modernizing the exterior of the town hall in a Neo-Classical style.

In 1856 the masonry was found to be in state of total disrepair.  And twice raised the question of demolition or restoration.

Towards the end of the 19th century, the Local Authorities ordered the building’s overall restoration under the direction of the architect Langerock, with the collaboration of the historian Ernest Matthieu. Dewez’s decorations were removed.

The front facades’s ornementation comprises four cartouches with anchors. They represent the coats of arms of Charles V, Mary of Hungary, the Town and the monogram of Mary of Hungary. The three Gothic arches date from the 14th century.

The interior was almost entirely rebuilt between 1896 and 1899.

On the ground floor, the « salle des pas perdus » is covered with Bray sandstone. The wedding hall was richly decorated by Algoet de Louvain, and its fireplace was reconstructed according to the old stones found there. The stained-glass windows feature the coats of arms of the town’s former governors and provosts.

Binche’s belfry, inscribed on the UNESCO List of World Heritage in 1999, is remarkable and houses a very old carillon which consists of 25 bells ; the oldest ones date from 1596.

The constructions of the ramparts made of stone date back to the 12th century and were extended in the 14th century. They were 2,126 meters long. The city walls supported about 30 towers and counted six gates. This jewel of medieval military architecture which was given the status of exceptional heritage in 1947, is splendidly preserved.

The Collegiate Church is more or less the same size as the original church the Moustier Sainte-Marie which dates from the 12th century. A few remains are integrated into the current church : the base of the tower, part of the western entrance and a few sections of walls which have been merged into the current masonry.

Its initial plan of naves with aisles and apses, characteristic of Romanesque architecture, hasn’t changed. Although the western door dates from the Gothic period (XIVth century), it still has a Romanesque air.

The history of this Collegiate Church began in July, 1408 with the transfer to Binche of the chapter of the Abbey of Lobbes, founded by Saint-Ursmer, and this abbey’s treasure.

Neighbouring the castle of Mary of Hungary the Collegiate Church suffered greatly from the castle’s destruction by Henry II’s troops in 1554. Restoration has been started since that date but without many details.

The famous sculptor and Renaissance architect from Mons, Jacques Du Broeucq, very likely had a hand in the reconstruction of the Collegiate Church, which bears the signs of the Renaissance and mainly the vaults of the lateral naves constructed in 1622.

The rood-screen, a marvel of the Renaissance, dates back to 1592 and is the work of T. Bidart.

The stained-glass windows in the choir date from 1850. 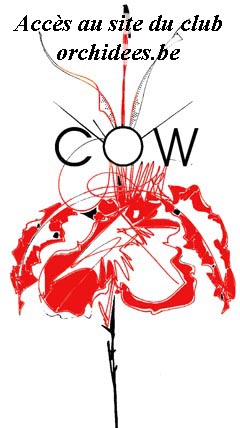